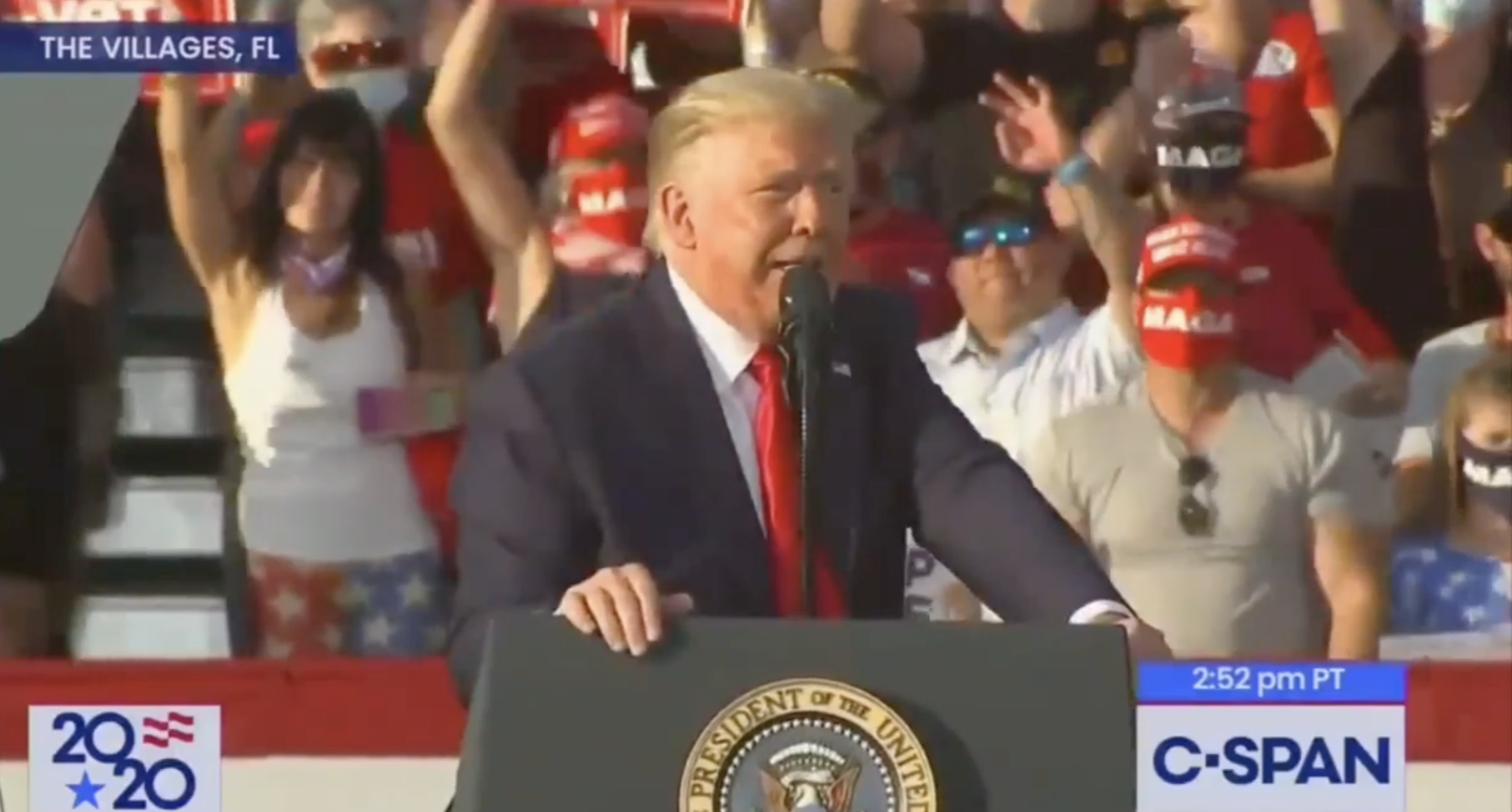 Let me disabuse you of the notion that the Trump campaign can’t be held responsible for what the crowd does behind him at his rallies. Those seats are considered premier seating for VIP guests and the supporters who sit there are deliberately chosen. Remember in 2018, when “Plaid Shirt Guy” was in the crowd behind Trump raising his eyebrows, making faces, and shaking his head as Trump spoke. Before long, Trump campaign staff had him removed and replaced with someone else. Well, they didn’t remove “White Power Guy” and that speaks volumes.

This one might be hard for Trump supporters to understand, but Trump’s use of the words “law and order” are not really about law and order. If Trump really cared about law and order, his orbit would not be filled with criminals: Paul Manafort, Rick Gates, Roger Stone, Michael Cohen, George Papadopoulos, and Michael Flynn.

Rather, “law and order” is a coded way to say that Black Americans need to be locked up and kept in their place. This is not a new code for Trump –– he even spent $85,000 on newspaper ads calling for “law and order” in 1989 in response to the arrest of the so-called Central Park Five (five innocent teenage boys of color who were arrested and convicted without evidence and who spent more than 10 years wrongly imprisoned for a crime they didn’t commit.) So while there’s nothing outwardly racist in the words “law and order,” Trump is still able to convey a racist message to his followers through the use of these words.

You can also see Trump’s racism in his words extolling white people, like that time at his Bemidji, Minnesota rally when he repeatedly praised the “good genes” of his white audience or when he talked about how we need more immigrants from good Scandinavian countries rather than from “sh**hole countries” like Haiti, El Salvador, or countries in Africa.

Throughout his administration, Trump has surrounded himself with advisers who are connected to white nationalist movements. Shortly after leaving the Trump administration, Steve Bannon (who’s now awaiting trial) spoke to a far-right crowd in France in January 2018 and gave them this advice: “Let them call you racist. Let them call you xenophobic. Wear it as a badge of honor. Because every day, we get stronger and they get weaker.”

Stephen Miller, an adviser to Trump throughout his administration, is the architect behind Trump’s racist immigration policies. Before Miller worked for Trump’s campaign in 2016, he was an aide to then Senator Jeff Sessions, and his leaked emails from these years make clear that he regularly promoted white nationalism and shared content from known white nationalist groups such as VDARE and American Renaissance.

Republicans will point to the times Trump has disavowed white nationalists or the KKK or racism in interviews. But he denounces only after being forced into a corner and he does so with evasive language. He’ll say something like “I disavow” without saying what he disavows or he’ll say, “I don’t like any group of hate” and we have no idea what he’s referring to by “any group.” He probably means antifa. That’s the nature of Trump’s evasive relationship with words and complete thoughts.

Republicans, it’s time to pay attention, and it’s time to hold your candidate responsible for his words and actions and employees. I will be voting to hold him responsible as I cast my ballot for Joe Biden.

Next Post: Trump has left us all out in the cold
Previous Post: Some earnest questions for those of you flying your Trump “No More Bullsh**” flags