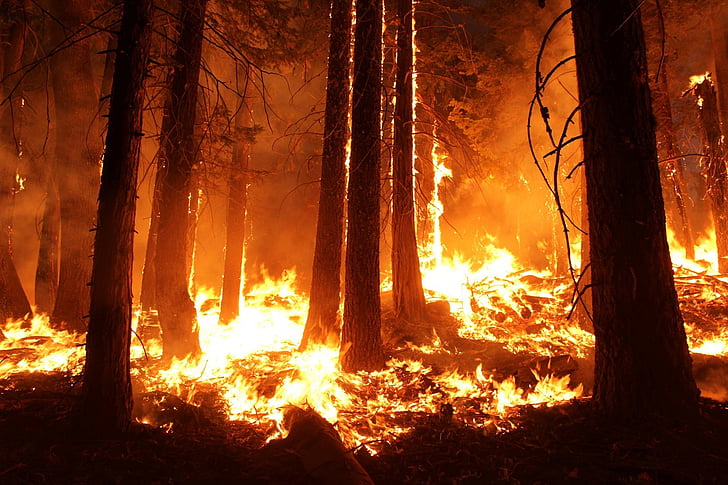 One of Trump’s favorite bogeymen is Antifa –– he warns his Twitter followers about them regularly, and this week in his campaign speeches in Nevada and Michigan he warned his followers that Antifa was buying houses and moving into the suburbs. (Seriously!)

In Kenosha on September 1, rather than trying to bring healing and solace to a shattered community, he continued to stoke fear: “Nobody mentions that there’s a bad group of people. Very, very bad, very dangerous group of people, and we are doing a big number on Antifa.”

Seems harmless enough, right? Oh, that’s just Trump –– if you learn to see past his words, you’ll see all the good he’s doing, his supporters argue.

This week we’ve seen the heartbreaking stories from Oregon and California about wildfires and entire towns being destroyed. More than 33 people are dead and more than 500,000 have been evacuated and displaced.

Here’s where Trump’s fear mongering has made this worse: right wing social circles and community groups on Facebook have been sharing blatantly false rumors that claim the wildfires were started by Antifa members in hoodies throwing bottles of gasoline.

Even though local authorities have made clear that these rumors are false, followers of these groups have even created armed patrols to stop this non-existent threat. In addition to wasting precious law enforcement resources with false reports, these groups are also disobeying evacuation orders and making the jobs of local law enforcement more dangerous.

What genuinely scares me about Trump’s America is that there are people (including the Republican running for Oregon Attorney General) gullible enough to believe that Antifa is roaming around rural communities starting fires.

America is literally burning, and Trump’s inflammatory rhetoric has only served to fan the flames.