I write with a heavy heart, and I start by condemning last night’s shooting in Portland as equally as I condemn the shootings last week in Kenosha.

When Trump was asked today if he would condemn the Kenosha shooter, he failed to do so and said: “We’re looking at all of it. That was an interesting situation” and then hinted that it was self defense. All he had to say about a 17-year-old militia member who traveled from another state and carried a semi-automatic rifle through the streets of a city on edge and then shot three people, killing two of them, is that it is “interesting.”

But of the shooting in Portland, here are Trump’s words about the murder of one of the Trump supporters who traveled into the city: “I think it’s disgraceful. These people, they protested peacefully.” Driving around in the back of a truck, shooting crowds with paintball guns, and spraying them with pepper spray is not peaceful, nor is it protesting. 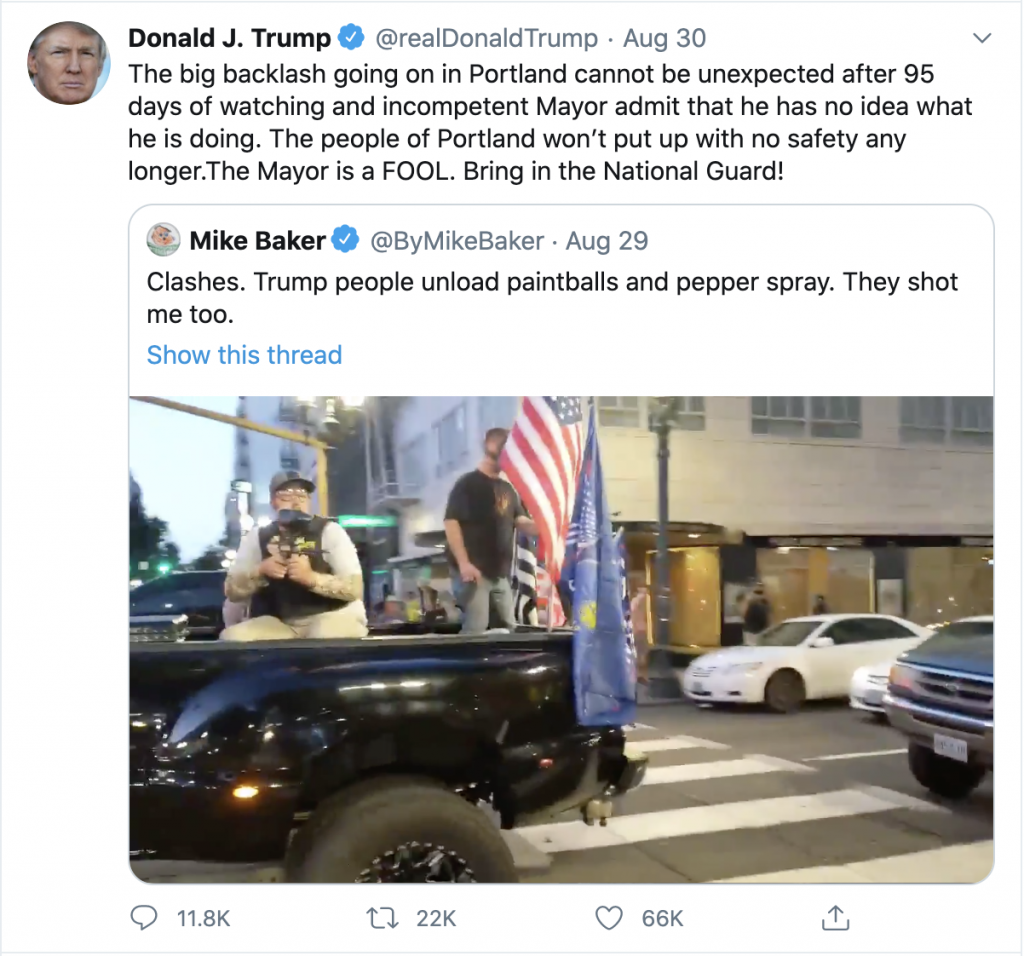 One of Trump’s retweets today framed the violence by blaming all of it on others: “Liberal groups, rioting in liberal cities, with liberal mayors, and liberal city councils, promoting radical liberal causes, and supported by liberal money.”

He incites people to go into cities to provoke, retweets and celebrates a video of them, and then places all the blame on others.

Are any of you actually falling for this?

Four more years of Trump will not move us away from violence, will not quell the streets, will not bring peace. I call on all of us to elect responsible leadership to help us move forward as a nation.