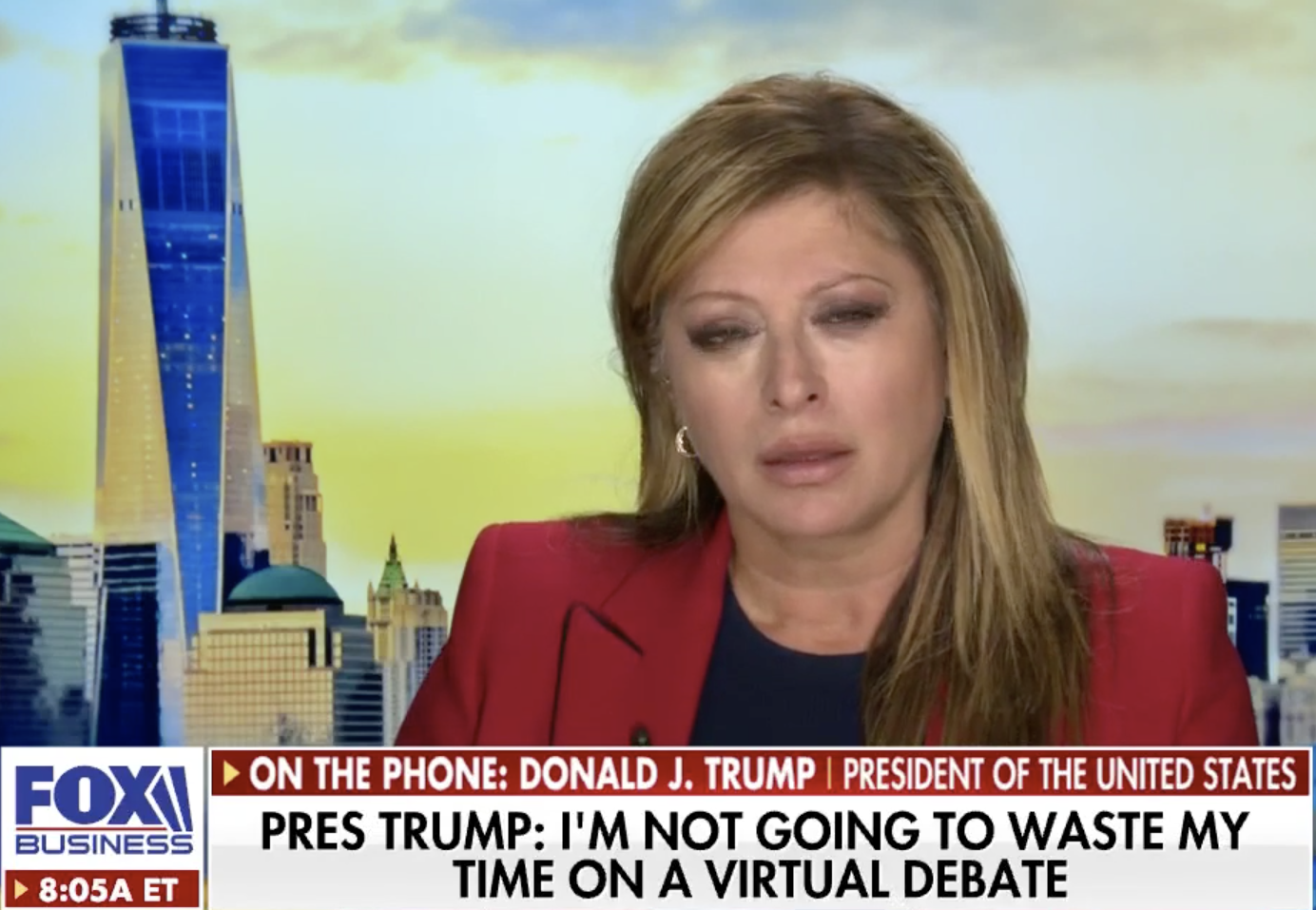 Maybe it was his meds talking, but Trump also rambled on to Hannity about how Democrats want to “take buildings down and rebuild them…with tiny little windows so you can’t see the light” and how Democrats in California “sent millions of gallons of water out to sea because they want to take care of certain little tiny fish that aren’t doing well without water.”

He told Hannity that “when you buy something, you have to have voter ID” and that if Biden is elected “the suburbs are going to fall,” “the American Dream is destroyed,” and “our country will be a 9th world country, not a 3rd world country.”

Earlier in the day, in a wide ranging telephone “interview” with Fox Business host Maria Bartiromo, Trump revealed his lack of understanding of science and viruses: he referred to the coronavirus as “a tiny little microscopic piece of dust and it gets into your nose or your mouth or your eye, frankly, or something else or you touch something.” But, hey, America, don’t worry, Trump assures us that “when you catch it, you get better and then you’re immune.” Unless, of course, you die.

We even learned that Trump wants his Attorney General Bill Barr to prosecute his political rivals Obama and Biden and is mad that he won’t, and that Trump is mad that his Secretary of State Mike Pompeo is somehow hiding Hillary Clinton’s missing emails.

Trump called Kamala Harris a “monster” and a “communist” who “wants to open up the borders to allow killers and murderers and rapists to pour into our country.” And he painted this picture of our future under Biden: “This country will go to hell, your taxes will double and triple and quadruple. Your stock markets will crash, we’ll have a depression, the likes of which we’ve never seen before.”

I think the best thing he said yesterday was this: “I’m a perfect physical specimen and I’m extremely young.” Even Maria Bartiromo couldn’t suppress her laugh on that one.

Republicans, is this really who you want speaking for you?